Placing Israel on the Map 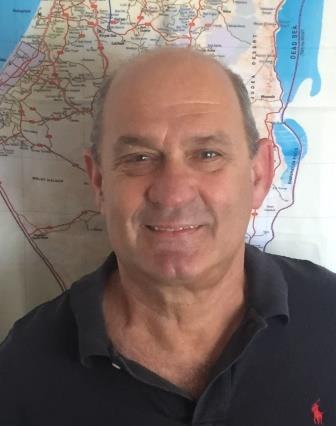 I'm Shlomo (Momo) Lifshitz, I'm the founder and CEO of Lirom Global Education (Study in Israel LLC) and hope to fulfill the vision of making Israel a center of global education by bringing oversea students to study abroad in Israel, the Start-Up Nation. In my past, I founded and ran Oranim Educational Initiatives for 25 years bringing almost 150,000 young people to various trips to Israel.

Why Israel is great

We love Israel and we know you will too! Located in the heart of the Mediterranean, Israel’s rich history and prime location has made it a center for international civilizations that can still be felt today. It is, for instance, an important enclave for European, Christian and Arabic civilizations for trade, riches and cultural importance. Now you can immerse yourself in Israel’s rich and dynamic culture, while making friends with people from all over the world, such as Argentina, Brazil, Australia, US, Canada, Italy, France and more! Wherever you choose to spend your time – whether at the white sandy beaches of Tel Aviv, the breathtaking forests of the Carmel, the holy capital of Jerusalem, or a Bedouin tent in the heart of the desert – there is never a dull moment in Israel!

The high level of academia in Israel is widely known and highly regarded throughout the world. Israel is a recognized center for technology, boasting the world’s largest number of startup companies outside the United States. There are a wide variety of internship opportunities, all of which are very receptive to non-Hebrew speakers integrating into the work force.