Choose how many lessons a week you want and where in Israel you want to study!

Groups of up to 3: 50% discount for the 2nd and 3rd student participant in the group!

Prices vary depending on the location of choice and type of accommodation.

Hebrew is one of the official languages of Israel, along with Arabic. It is the first language with a recorded alphabet and is the only recorded example of a language that was near extinction, only to be fully revived and used as a national language! Hebrew almost became extinct, until the late 19th century, when the language transformed from a sacred dialect of religious text to the official language of the newly declared State of Israel in 1948.

If you ever want to live, work, or study in Israel, having a basic understanding of modern Hebrew can give you an upper hand. Despite its size, Israel has proven to play a significant role in the global community, with some of the highest levels of Venture Capitalists coming from here. In fact, Israel has exported so many start-ups and has so many companies traded on NASDAQ that is gained the nickname “Silicon Wadi!”

Since Hebrew is the original language of the bible, studying it will help you whether you want to read the Old Testament in its original form or understand the foundations of the New Testament!

The Hebrew Immersion Program offered by Lirom Language Center is designed to enable students to speak Hebrew as rapidly as possible, while ensuring a complete cultural immersion into Israel and it’s modern culture.

Study abroad in Israel and spend the summer of your life in the Start-Up Nation! By taking lessons beyond the classroom walls, students are able to truly understand the language as well as the cultural context from which it comes.  Students utilize what they learn out in the streets, while ordering breakfast and at every other opportunity - just going to the supermarket to buy a soda will be an opportunity to practice Hebrew! 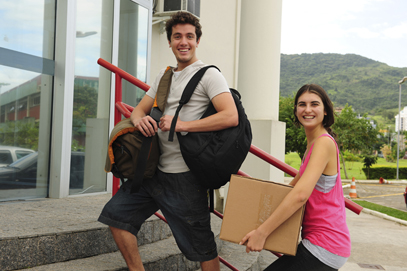